You have no items in your shopping cart.

Oxycodone, first developed almost a century ago, is a powerful opioid analgesic with serious addictive potential. While considered an excellent drug for managing moderately severe chronic or acute pain, the danger of abuse, dependence, and severe withdrawal symptoms necessitate carefully controlled prescription and oversight. Oxycodone is available in the United States in timed release form (OxyContin), combined with aspiring (Percodan), combined with acetaminophen (Percocet), and in various other formulations. It is also available in generic brands. 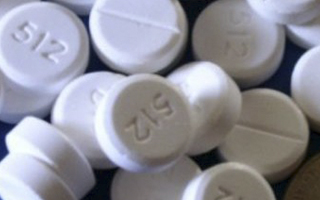 The brand name OxyContin is the most popular abused source of the drug, due to the high oxycodone content in the timed-release formulation. Abusers bypass the timed-release mechanism by crushing the tablet, then snorting or swallowing it or injecting a dilution of the powder. Re-formulation made this abuse somewhat more difficult, but has not solved the problem. Abusers report a high compared to that of heroin. There are several things which make oxycodone a drug with a high capacity for abuse and lethality: The build-up of tolerance increases the danger of transitioning from a legitimate use under a doctors instruction to addictive abuse. Severe withdrawal symptoms (nausea, vomiting, severe bone and muscle pain, depression, increased cravings) discourage discontinuation of the drug. The high induced by abuse makes the user feel they can tolerate more, which increases the danger of overdose and death.