While opiate and opioid are often used interchangeably, true opiates are a group of opioid drugs found only in the poppy plant: morphine (and its derivative, heroin), codeine and thebaine. Heroin (diacetylmorphine) is produced from the morphine molecule. When taken into the body, it converts into morphine. Heroin produces a euphoric rush desired by users, probably due to the metabolizing into morphine that creates a faster onset of effect in the brain. Opium, the dried sap of the opium plant, is consumed for its morphine content. Opioids such as hydrocodone, oxycodone, hydromorphone and oxymorphone are derived from opiates, but they are partial synthetics and not true opiates themselves. Opiates have legitimate medical uses in the management and reduction of pain. Because of the potential for addiction, use of opiates is often limited to a few days, until the analgesic need is gone or a transition to a less dangerous regimen is accomplished. 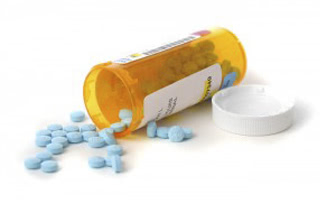 Opiates are unlikely to price addiction when they are used in a prescribed manner to control pain. However, opiates are powerful anxiety relievers. When they are used in larger doses for their high or to relive anxiety, the potential for addictions is raised. These dangers can also appear when opiates are taken for pain over a longer period than medically warranted, especially since pain brings its own level of anxiety. Adding to the addiction threat is the rapid onset of the tolerance effect, causing users to take more and more of the drug to achieve the same effect. Methods of ingestion include oral (tablet or syrup), injection, suppository, smoking (not actually burning the substance, but heating it and inhaling the vapors) and snorting.