Marijuana is a preparation of the cannabis plant for use as a psychoactive drug and as medicine. The principal psychoactive constituent of marijuana is tetrahydrocannabinol (THC), one of the hundreds of compounds in the plant. It is and historically has been used as a recreational drug, as a medicine, and in religious ceremonies. Most countries have laws restricting the use and sale of marijuana, although that in changing in some place, including the United States. In recent years, many states have legalized the controlled medical use in pain and muscle spasm control and to reduce side effects of cancer treatment, such as nausea and vomiting. A few states have recently legalized the recreational use of marijuana, although the use, cultivation and sale of marijuana is still a crime under federal law. The United Nations reports that marijuana is the most-used illicit drug in the world. While there are many proponents and defenders of the drug as safe and benign, there are also some reports of long-term negative effects on autoimmune function, fertility in men, and brain structure. 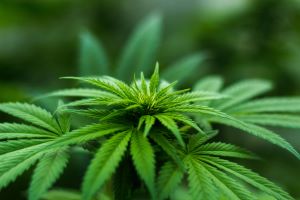 Marijuana is most often consumed through inhalation of smoke from the burning of dried leaves from the cannabis plant (in cigarettes and pipes) and through eating marijuana when added to foods and in teas. In addition to the commonly used leafy form of the plant, there are preparations of powder forms (kief), concentration of resins (hash or hashish), oils, tinctures and infusions. More recent processes involve the inhalation of vapors produced similarly to consumption of nicotine in electronic cigarettes (e-cigarettes). Marijuana can also be laced with other psychoactive substances to produce variations on the high: heroin, LSD, PCP, cocaine, and crack