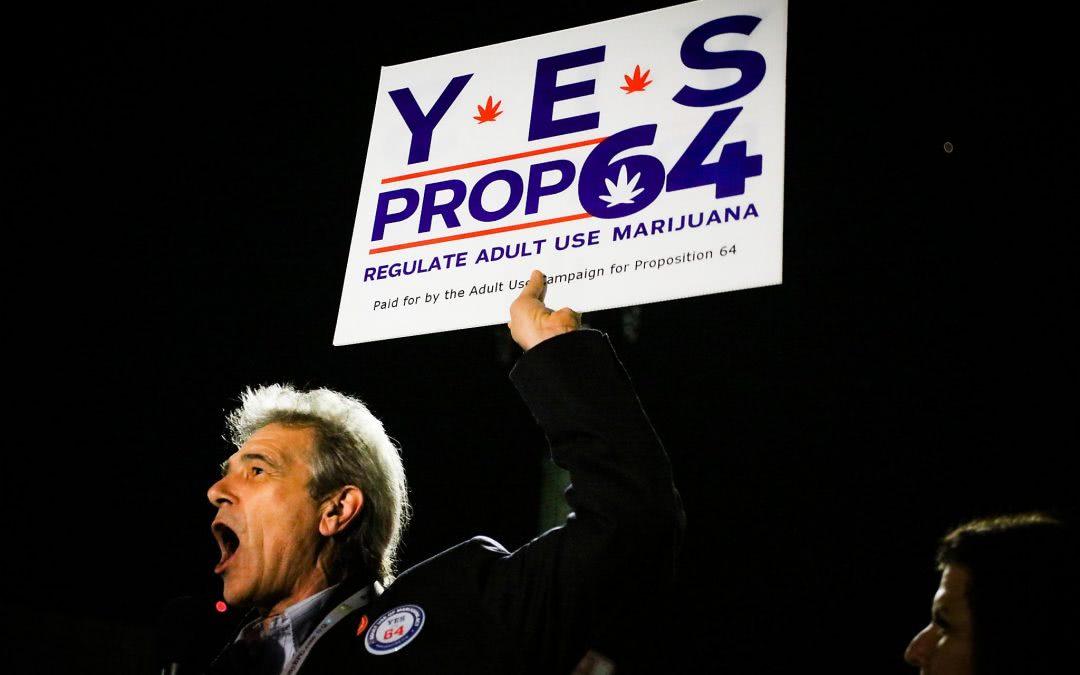 Voters on Tuesday approved Proposition 64, an initiative that will make California the most populous state in the nation to legalize the recreational use of marijuana, setting state officials in motion to build a massive retail sales system to accommodate the new law.

The ballot measure was buoyed by a flood of $16 million in campaign cash from supporters including former Facebook President Sean Parker.

The approval of the ballot measure would create the largest market for marijuana products in the U.S. It comes six years after California voters narrowly rejected a similar measure. Activists lauded the expected passage as an important moment in a fight for marijuana legalization across the U.S.

“Proposition 64 will allow California to take its rightful place as the center of cannabis innovation, research and development,” said Nate Bradley, executive director of the California Cannabis Industry Assn.

Click here to read the full story on LATimes.com.