How Substance Abusers Slip Through the Cracks: Despite Employers’ Best Efforts 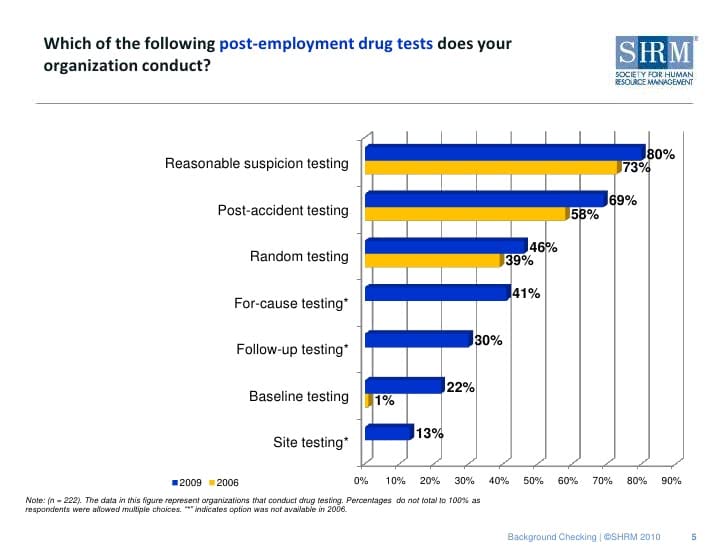 Did you know that more than 75 percent of substance abusers are employed?

Drug screening new employees is essential to those businesses in which one employee’s lapse in concentration or follow-through can result in catastrophic injury or a significant loss of product—i.e., money. The extent of screening usually corresponds to the hazard potential of a job or workplace. If a position requires the operation of heavy equipment or piloting a commercial jet, for instance, employers may want to go beyond the easiest means of testing—the saliva swab—and opt for either a urine, blood, or hair test, if not all three. Blood and urine take longer to process through the lab and receive accurate results, while a saliva swab or hair sample can be processed quickly because the tests can be administered onsite by someone who is not a medical professional.

No matter the method, substance abusers have found effective ways to beat the tests or circumvent them. Often, their evasive tactics are coupled by insufficient testing procedures; they are not extensive enough in reach or frequency. Existing employees, volunteers, or interns may be substance abusers who haven’t been tested at all or, at least, not since they were hired. A staggering one out of three employers does not test at all after a person is hired.

For employers to best keep substance abusers from slipping through the cracks, they must first evaluate their testing methods. 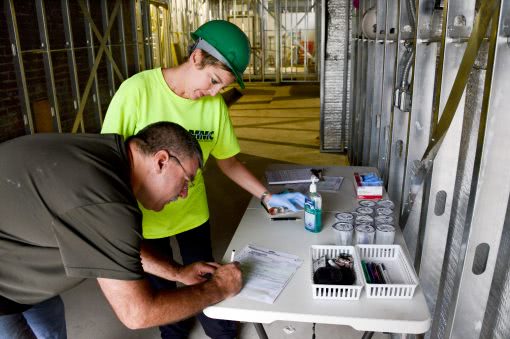 The most popular method, urine tests, is used by 95 percent of employers who drug test. The applicant or new hire must undergo the test at an off-site facility or lab, extending the time it takes to gain results and also increasing the costs for employers. Urine tests allow only a 72-hour window of detection. Additionally, a substance abuser can flush the drug toxins from their body or tamper with the sample by submitting someone else’s urine, making this method somewhat fallible.

Nine percent of employers who test use the saliva or swab method, which also offers a limited detection window. Though someone may flush their toxins or simply desist from drugs for several weeks or only a few days before applying or being hired—depending on the substance—saliva tests are only bested by blood tests in terms of their effectiveness. They are easily applied in-house without contracting medical or lab experts, making them the most economical means of testing. Along with hair testing, saliva proves to be the toughest to expel, adulterate, or substitute. Because drugs do not leave their traces in saliva as long as they do in urine, the swab test best indicates whether someone is currently abusing drugs or alcohol. Saliva tests are best for detecting marijuana, cocaine, and amphetamines.

Screening via hair samples produces drug detection over a period of up to three months. When compared to the other methods, it is, therefore, the best means of detecting chronic abuse. Hair testing can be administered onsite as well but only detects narcotics, not alcohol abuse.

Blood testing can best detect a drug in someone’s system at the time of the screening, even more effectively than a urine test. Because its detection window is extremely narrow, most drugs or alcohol can be easily flushed by the person being screened only a couple days before testing. Furthermore, blood tests are more effective for alcohol detection than for drugs. It is a little longer of a process to the other methods because it must be sent to a lab, adding costs as well.

Each of these methods has advantages and disadvantages that may or may not affect an employer’s choice. However, ongoing random testing is rated as the best way to keep abusers from slipping through the cracks, according to one drug testing service, HireRight. That said, some states may require by law that an employee receive advance notice of a random drug test. Some states do not require prior notice at all, making the “random testing” truly random.

Human resource departments should research their state’s laws when conducting random tests, especially after a workplace accident that spurs the random testing.