Why Saliva Drug Tests Are Popular? 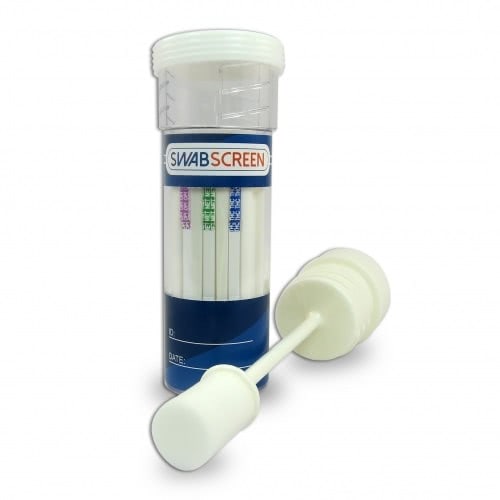 Have you ever wondered why saliva drug tests are popular?

Drug testing has become a rather normal industry practice in many business sectors thanks to insurance companies and a greater need for a sense of security regarding worker performance and “on-the-job” safety. Many jobs require great dexterity, skill, form, and awareness, especially if a high risk of injury or equipment damage exists. There are some jobs; however, that may or may not be affected by smoking a joint on your lunch break – a notion that seems crazy to even entertain, right? But while each person is different, there is no denying that every employee needs to be responsible with the consumption of all stimulants and relaxants, including caffeine and nicotine. Although these drugs are legal, they can still have damaging effects on the body when abused, which is why saliva drug tests save companies millions of dollars in liability every year.

Along with testing for business and insurance purposes, drug testing for probation and parole are a huge reason why saliva drug tests are popular. With so many immediate processing needs and a very large number of regular tests, along with the desire for accurate real time readings, employing a saliva drug test makes the most sense in many cases. There are people who are required to take a test even once a week, in order to prove they are maintaining their parole requirements. While there are a few cases of drugs that pass through the system more quickly, the saliva test is still preferred for reading immediate usage. There are benefits to regulation and easing the processing time of the system with a saliva drug test as well.

While the best way to pass any drug test is to abstain from the drugs you are being tested for in the first place, there are plenty of home test kits on the market, as well as a plethora of sites claiming to have products and techniques they can teach or sell you in order to pass a standard drug test. As a light user, some of these may work; however, as a heavy user, the chances of passing lessens. There are liquids, capsules, and compounds that all claim to flush your system, although they usually contain large amounts of Creatine, Niacin, and other B-Vitamins that cause your system to produce different metabolites. This is supposed to mask the presence of certain drugs, although their efficacy cannot be determined without real clinical trials and are not worth the risk. If you must participate in a drug test, it’s a good idea to find out if you can opt for a saliva drug test – especially if you find yourself concerned about whether or not you will pass.

How Does a Saliva Drug Test Work?

Drug tests can process saliva, urine, blood, and/or hair samples. Each drug test effectively reads the metabolites, or chemical traces of the drug’s interaction with your body chemistry. This means that when you take a drug, your body has several chemical reactions to it, and the most popular three – urine, blood, and in more extreme cases hair – detect that interaction. The length of time that these tests read back varies, with urine being the shortest and hair being the longest. The saliva drug test parameters are usually much shorter, including approximately 1-4 days of detection versus 30+ days of detection time for other test forms. When asking why saliva drug tests are popular, we have to look at several different factors, including what the test is sampling for in the first place.

A saliva drug test searches for the parent drugs found in the oral fluid, which is technically a mix of fluid from several major and minor salivary glands*. The cells in the mouth are most closely associated with recent consumption, so it is likely to give a more accurate “on the spot” result. With a saliva drug test, a cheek swap is collected, and the test results are available almost immediately in some cases. There are some definite advantages when using a saliva drug test, in that it is much easier to collect specimens at any time or place because privacy, needles, and expensive analysis equipment are simply not necessary. There are much more comparable detection times, as well as an early detection window of use not afforded with urine tests. This is especially beneficial in the cases of workplace accidents, probation, and other drug usage monitoring situations, such as an Alzheimer’s patient who has forgotten whether or not they have taken their medication.

What Drugs Can Be Detected Using a Saliva Drug Test?

The five drugs that are most often tested for on the 5-Panel test are Marijuana (THC-9 specifically), Cocaine, Opiates, Amphetamines, and Phencyclidine. The 5-Panel test is the most widely utilized, with the test kits in the cases of probation and parole often also including alcohol, creating a 6-Panel test. For more extensive testing, 10-Panel tests exist, but these are not generally used in the mainstream arenas. Several of these drugs are very damaging to the body; however, true and false detection among the majority of the testing fields still does not accurately describe current use. This is yet another reason why saliva drug tests are popular.

There are also some disparities in the length of time that some metabolites stay in the system in comparison to others. THC-9, for example, can take 30-90 days to flush from the system of a heavy user. This means that if a heavy user has excess body fat, and he stops smoking and then loses weight, he can come create a “false positive” test result because THC-9 is again being released into his system while his fat cells are being burned by the exercise. In contrast, Cocaine can take only 3-5 days, even with heavy usage, which means that it is out of your system in a very short time period, creating a clean test with little effort. This is yet another reason that a saliva drug test is better for detection.

Should THC-9 Still Be a Part of the 5-Panel Saliva Drug Test?

THC-9 is one of 32 known and studied compounds derived from Cannabinoids. However, it is the one that makes you feel “high,” by causing the release of dopamine. THC-9 was the first compound that was isolated from the plant. CBD compound is another one that comes from Cannabinoids, and it is the one that makes your body feel more relaxed and eases inflammation.  This brings us to the debate that is currently up for discussion by the Federal Government: Should THC-9 remain on the 5-Panel test? The fact that THC-9 is on the same schedule with four drugs that we know are inherently much more addictive and dangerous is only half the reason it does not make any more sense. With a saliva drug test; however, the window of detection is only 12-72 hours versus the 30-90 days that THC-9 can be detected in urine and blood. There is an obvious discrepancy here, both in fairness and equality.

Looking at new studies being completed on the benefits of Cannabinoids for health and healing, the discovery of a built-in Cannabinoid receptor system in the brain’s neural networks that is effectually wired to receive cannabinoids and also a new Psychological perspective on addiction and the brain, the current schedule seems wrong. Currently, the Federal Government lists Marijuana as a Schedule 1 Narcotic, a dangerous and addictive substance with no medicinal benefits at all. We now know that there are compounds that have medicinal properties in Cannabis, and THC is only one of them, insinuating that the benefits to Cannabinoids may outweigh the dangers.

To further the debate, more and more cities, states, and countries are decriminalizing and legalizing Cannabinoid compounds. This move is due not only to the medicinal benefits but also to the great economic benefits that can be seen in the recently reported sum of approximately $22 Billion in revenue over the past four years in the four U.S. states that have legalized THC in some way. When scientists are asking for a loosening of restrictions for study, businesses are asking for looser restrictions for profit, and a large portion of the population of the Millennials are in favor of utilizing Cannabinoids for medicinal purposes, we cannot ignore the signs that substantive change regarding the use of Cannabinoids, THC-9, CBD, and the 30 other known compounds may be around the corner.

What Does the Future Hold for THC-9 and the Drug Saliva Test?

As we look ahead through the lenses of health, wealth, and potentially life-saving opportunities, there are several reasons why saliva drug tests are popular, and why we will most likely continue to see an increase in this form of drug testing over the traditional and conventional methods. Ease of administration, efficient processing, accuracy of reading, and positive economic factors all come into play here. Therefore, whether or not you have a company that performs saliva drug tests, work in a field that requires drug tests, or have had a run-in with the law, you will likely come across the need to take a test at some point or another. So, keep in mind that many factors can affect your test results, and in some cases, a saliva drug test is not the optimal choice. For those who are subject to regular testing, a saliva drug test can equate to a low anxiety-based process, as well as a less invasive process.

Just think about it for a minute. A doctor says “open up,” and you say “Ahhh!” without even thinking. But a doctor says pee in this cup, and you immediately get nervous about the fact that you might get “stage fright” and not be able to perform. See, you probably just did it right there! Then, there are people with disorders such as needle phobias or the inability to urinate while under observation. This can create huge problems with law enforcement and build severe and unnecessary levels of anxiety on top of an already heightened, fear-based experience. Therefore, it is clear that as we move forward into the future, the popularity of the saliva drug test is going to remain at the forefront of many organizations’ drug testing list. Why? Because it just makes sense