Is Laced Marijuana Something You Should be Concerned About? 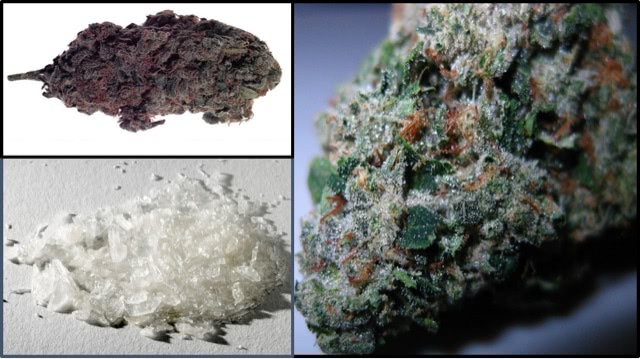 As recreational and medicinal marijuana use becomes more acceptable and increasingly legal, consumers face a new danger. While in it’s purest form marijuana is seen as a mild drug, and a medicinal wonder, the growth of marijuana laced with a variety of harmful substances from fungi to pesticides which creates a new and sometimes dangerous problem.

What is laced marijuana?

Lacing occurs when one or more substances is added to another. Lacing can happen with a variety of drugs from cocaine to prescription medications. There are two primary ways that lacing occurs, the first is the source of the marijuana, and the other is the user.

When done by the dealer, the dealer will add a chemical or something with a similar physical makeup to enhance a drug to make the customer think they are buying one thing when they are paying more for a cheap drug that has been laced. By lacing cheap drugs, you can get them to look and feel like a more expensive drug and usually get away with it. Many times the user may not be aware this has taken place, which makes it even more concerning.

Another way to lace marijuana is by the user; this is a growing trend among some users. Common substances being added by the user include PCP and methamphetamine; these elements are used to enhance the experience.

Lacing can have a negative impact on those that rely on the drug for medicinal purposes, as it pretty much eliminates the health benefits gained by the substance Cannabidiol (CBD), this is the substance in marijuana that provides medical benefits to the user.

When other elements are introduced into marijuana, it diminishes the cannabidiol levels and when tested these levels are usually found to be below the level of even detection. When you are purchasing marijuana for the medical reasons, it is best to use it its natural state, as any lacing agent will pretty much destroy the benefits that you need.

How dangerous is lacing and how can we look for it?

Laced marijuana is not only on the rise, but it is also increasing in danger. Users run the risk of being poisoned by chemicals or other drugs that have been added to your marijuana without their knowledge. There 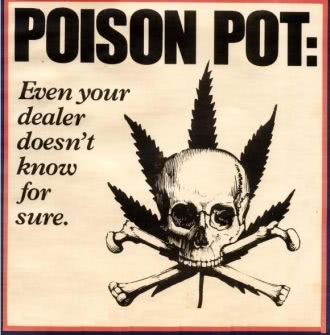 are ways to determine if marijuana has been laced with other substances, a few of the common elements that are laced with marijuana can be:

What are the symptoms of using laced marijuana?

If you or someone you know thinks that the marijuana they have is laced with a poisonous substance, you should act quickly. It is important to know what signs to look for, and what to do should you find yourself dealing with a medical emergency. Symptoms from laced marijuana depend on what chemicals or substances have been introduced into the product. It can also rely on the user’s experience with using marijuana; they may not be aware of how their body should react to it. While lacing isn’t that common and often done by the user, it is important to know what to look for in the event you have a reaction that you haven’t had before. Some common symptoms include; nausea, upper respiratory problems, anxiety, panic attacks, dizziness or lightheadedness, as well as paranoid or violent thoughts. These are just a few of the symptoms that might present themselves. If you or someone you know are lacing marijuana with other substances, it is important that you address any unusual physical or emotional symptoms immediately.

What should I do if I think someone is using laced marijuana in the workplace?

As the number of states that legalize medical marijuana increase, it can present a challenge if you suspect that an employee or co-worker is using laced marijuana. Many businesses and HR departments have drug policies, but may lack a clear policy as it pertains to marijuana use. If you suspect that a co-worker may be under the influence of laced marijuana, please reach out to your human resources department immediately.

Navigating the legal use of medical marijuana gets even harder if you believe the person is using an enhanced or laced product. Given the physical and emotional symptoms often present when other drugs or substances are added, it is important that your marijuana policy follows the law, but also protects everyone in the workplace with regular drug tests.

If your state has legalized medical marijuana, the first step to take is to research the current laws. You want to make sure that the policies you put in place do not violate state laws and protections, as that may end with an employing filing a lawsuit that lands you in court.

Having a sound marijuana policy that follows the law in your state should be added to your existing drug use policy.  It is also important that managers and employees in your organization are educated on the laws and policy. You also want to make sure they know how to handle a situation with an employee that is within the parameters of the law.

While medical marijuana users may have certain rights depending on you state, laced marijuana is a more dangerous situation that should be addressed.  If you or an employee think someone is acting in a violent or psychotic manner, it should be handled immediately and with caution.