What Is Fentanyl & How Is It Abused 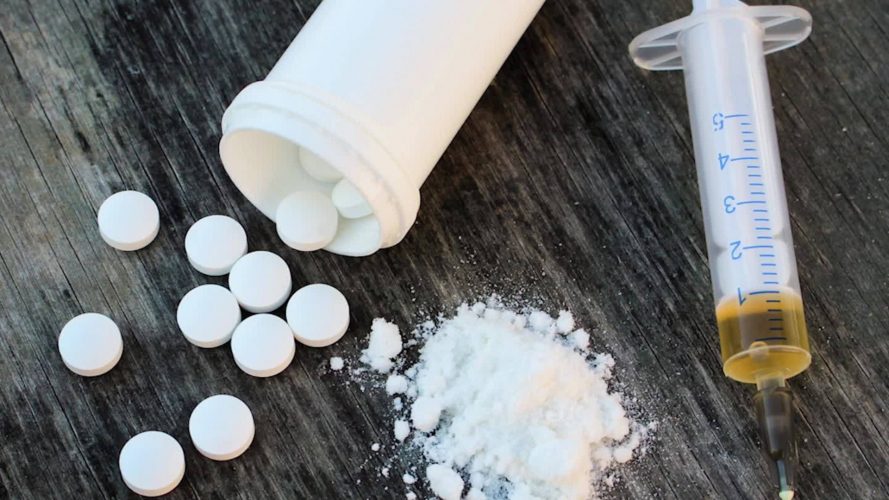 Fentanyl is a highly potent synthetic opioid. It is a prescription medicine that is also illegally manufactured and used. Fentanyl has two types: Prescription and Illicitly Produced Fentanyl. Both are classified as synthetic opioids. Fentanyl is sold under the brand names Actiq®, Duragesic®, and Sublimaze in prescription form. It, like morphine, is often used to treat people with acute pain, particularly after surgery. It is also used to treat chronic pain patients who are physically resistant to other opioids.

Fentanyl: How Does It Work?

Fentanyl Abuse has increased in recent years, resulting in a rise in overdoses and deaths. It is one of the main reasons for fatal overdoses in the United States. The majority of recent fentanyl-related overdoses have been connected to illegally made fentanyl, which is sold through illegal drug markets for its heroin-like impact. Because of its extraordinary strength, it is frequently added to other drugs, making them cheaper, more powerful, addictive, and lethal.

Fentanyl binds to and activates opioid receptors, which are found in parts of the brain that control pain and emotions. Fentanyl enhances the release of dopamine from several nerve cells in our brain’s reward center by interacting with these receptors. This increase in dopamine activity is connected with a feeling of euphoria. However, the drug could also slow ventilation, which, given the potency of fentanyl, increases the likelihood of overdose substantially.

Illicitly Produced Fentanyl (IMF) is available on the drug market in liquid and powder forms. Powdered fentanyl resembles several other drugs. It is frequently mixed with cocaine, heroin, and methamphetamine and made into tablets that resemble other prescription opioids. Fentanyl-laced drugs are very deadly, and many people may be unaware that they are using fentanyl-laced drugs. IMF is available in liquid form in nasal sprays, eye drops, etc.

Recognizing the symptoms of an opioid overdose can save a life. Here are some things to keep an eye out for:

It is lethal even in small doses. Every day, about 150 individuals die of overdoses caused by synthetic opioids such as fentanyl. Drugs may contain lethal quantities of fentanyl, which you cannot see, taste, or smell. Unless you test your drugs using fentanyl test strips, it is practically hard to know if they have been laced with fentanyl.

Test strips are cheap and usually provide results in 5 minutes, which might be the difference between life and death.

Fentanyl Test Strips (FTS) are small strips of paper that identify the presence of fentanyl in a variety of drugs (cocaine, methamphetamine, heroin, and so on) and drug forms (pills, powder, and injectables). FTS is a low-cost technique for preventing drug overdoses. FTS provides crucial information about fentanyl in the illicit drug supply to drug users, allowing them to take steps to limit the risk of overdose.

The steps for testing your drugs for fentanyl using FTS are described below. The steps may vary slightly depending on the type of drug being tested:

Positive: A single pink line on the left shows the presence of fentanyl or a fentanyl derivative in your drugs. If you get a positive test, it is far safer to throw out the drug. It has the potential to kill you if you use it. Fentanyl produced illegally is extremely potent and can be fatal.

Negative: Two pink lines indicate that no fentanyl or fentanyl analog was found in your drugs.

Invalid: An invalid test is indicated by a single pink line on the right side or no lines at all. If you get an invalid result, retest your drugs using a different strip.

How Long Does Fentanyl Remain In Your System?

While the effects of fentanyl may be felt for only a few hours, residues of the drug can be detected on a drug test for much longer. Furthermore, the dose, duration of usage, frequency of use, weight, urine concentration, and poor kidney or liver function can all have an impact on detection time.

For 24­-72 hours after last use, a person can test positive for fentanyl in a urine test. However, norfentanyl, a metabolite formed after the drug’s breakdown in the body, can be detected for up to 96 hours.  Hair tests can identify fentanyl up to 3 months after the last time it was used.  Blood tests can detect fentanyl abuse from 5 to 48 hours after the last use. Many substances are detected via saliva tests. However, saliva tests cannot routinely detect fentanyl or its metabolites.

An Overdose Or Abuse Of Fentanyl can be lethal. If you feel something is wrong, seek medical attention right away. Naloxone, an opioid receptor blocker that works as an “antidote” to opioids, can be administered. It may be possible for some regular opioid addicts to keep naloxone at home in case of an overdose. Because a person is unlikely to be able to administer naloxone during an overdose, family members and loved ones must be knowledgeable about how to utilize the drug in whatever formulation is available.