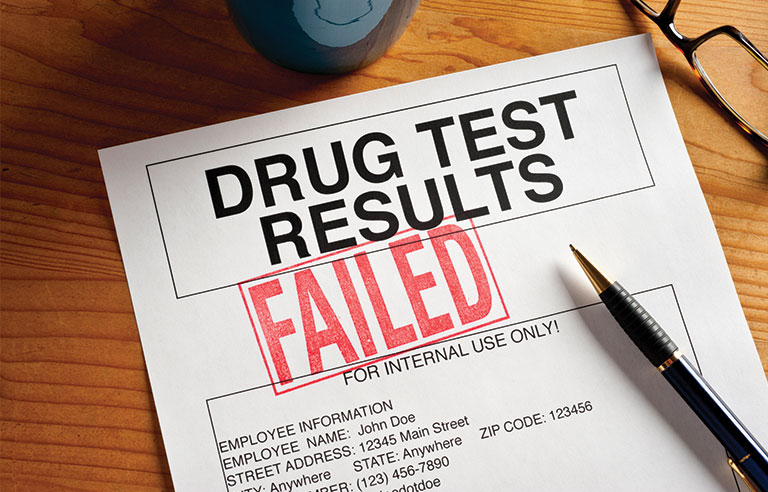 The share of American workforce testing positive for the use of marijuana and other drugs shot up to a 16-year high last year before the COVID-10 pandemic threatened to potentially increase drug use further.

According to a new analysis released by Quest Diagnostics, a well-known provider of diagnostic information services worldwide, the percentage of American workers testing positive for drugs increased by 4.5% in 2019, a growth rate higher than any year since 2003.

The drug test positivity rate for the combined US workforce, based on urine drug tests, registered an increase of 28% in 2019 in comparison to the period between 2010 and 2012 when the positivity rate stood at a 30-year low of 3.5%.

In addition to an overall increase in drug test positivity rates, the report said that specific regions of the US recorded a dramatic increase in the parentage of workers testing positive for the use of methamphetamines, cocaine, and marijuana.

The Most Commonly Detected Drug in American Workers

Marijuana continues to be the most commonly detected drug in the United States (federally mandated and general US workforce) and safety-sensitive workforce. Last year, as many as 3.1% of workers tested positive for marijuana.

The marijuana positivity rate, calculated on the basis of urine drug tests, increased by 29% between 2015 and 2019 and 11% during 2019. This is the highest jump registered for any drug.

Between 2015 and 2019, cocaine positivity increased among workers in the Midwest and West.

The surge in the percentage of workers testing positive for cocaine in the West was mostly due to increasing positivity rates in Colorado, Nevada, and Oregon.

Positive Rates for Opiates and Heroin on Decline in the US

According to the Quest Diagnostics report, opiate positivity rates in urine drug tests continue to decline in the US across different opiate categories. Americans testing positive for opiates generally consume morphine or codeine.

An estimated 0.31% of the general US workforce tested positive for these opiates in 2018. The figure declined by more than 19% in 2019, with around 0.25% of workers testing positive for opiates.

There has also been a noticeable decrease in the use of prescription opiates in American workers.

Positivity rates for heroin have also declined across all US workforces.

The data made available by the Quest Diagnostics Testing Index is based on over 18 million urine drug tests, conducted between 2015 and 2019. A significant increase in the percentage of workers testing positive for drug abuse was observed during this period. The retail trade industry was the worst hit.

The maximum percentage of workers testing positive for marijuana was in the accommodations and foodservice industry.

Drug Use Likely to Increase during the COVID-19 Pandemic

The Centers for Disease Control and Prevention (CDC) has warned that more people could use alcohol and drugs to cope with isolation and stress during the pandemic.

The report from the medical testing giant besides revealing the disturbing figures also suggests that the ongoing crisis can further accelerate the trend.

“Organizations will need to consider the impact of COVID-19 not only on workplace safety but also as a health concern for their employees for some time to come,” said Dr. Barry Sample, senior director of science and technology, Quest Diagnostics.

The findings discussed in the report are in line with other research. Drug-related deaths in the country, for instance, increased by 5% in 2019. Cocaine, methamphetamine, and fentanyl were among the drugs that caused most deaths.

Drug-related deaths increased by 13% during the first few months of 2020 in comparison to the previous year, which partly happened due to the unfavorable and abrupt changes brought about by the pandemic.

Besides employee well being during the pandemic, organizations will also need to consider numerous dangers posed by workers under the influence of alcohol and drugs in the workplace.

Put simply, organizations cannot afford to suspend or truncate their drug testing programs during the pandemic.

Statistics related to the type of drug abused by workers and regional trends concerning drug abuse by American workers can be ‘random and unpredictable,’ says Dr. Barry Sample.

However, the data shared by Quest Diagnostics does serve as a reminder that employers and HR leaders need to formulate and implement robust drug testing policies to keep workplaces free from the negative consequences of drug abuse.

Therefore, during the pandemic, it is more important than ever to screen new hires and existing employees for alcohol and substance abuse.