Employees who are on drugs are shown to impact a company’s productivity, and present significant risks for the safety of other employees. While testing employees for drug use is a big step in creating a drug-free workplace, it is important to be aware that many common procedures for drug testing have the potential to be manipulated. Urine cup tests in particular have a strong likelihood for testing alterations, due to the fact that the actual sample collection is not something that can be observed.

Luckily, drug testing companies are aware of the many ways in which urine cup tests could potentially be manipulated, and thus have counteracted these alterations by developing tests which also detect the common adulterants that are used to manipulate drug test results. Now, in addition to testing for a variety of illicit drugs, testing administrators can also detect adulterants in urine cup samples.

Why is it important to test for adulterants? 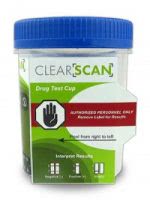 Because adulterants cover up the fact that drug use is present in the workplace, an employee who manipulates test results will likely continue to use drugs and will present a risk to the company. This risk manifests in ways that may seem benign, but that add up over time. There are many behaviors that are common among drug abusers. Frequent absenteeism, taking repeated breaks that are beyond their scheduled allotment, and a lack of personal responsibility for missed deadlines and errors are some of the signs that your employee could be using drugs.

If reasonable suspicion is present, and the employee in question is put through the process of testing, then getting accurate results is the only way to determine if the true cause of these behaviors is drug use. This too may be the first time an employee has had to take responsibility for their drug use, and may open the door for the employee to get help if a drug problem is at the root of the behavior.

All human urine shares certain characteristics which can be evaluated in drug testing. Similarly, adulterants also share some common characteristics, and so testing for both naturally occurring traits and the traits of adulterants is how to be sure that the urine samples collected have not been altered. Traits such as the specific gravity, levels of nitrite, pH, presence of oxidants or PCC, creatine levels, and glutaraldehyde levels are what is evaluated to determine if the sample is genuine urine.

Specific gravity describes the normal levels of dilution present in the sample. If the sample does not fall within the normal ranges of dilution, generally 1.003 to 1.030, then it might be possible that the sample was artificially diluted by an adulterant.

Levels of nitrite in the system are a clear indication of sample manipulation, since nitrite should not be present in human urine at all.

The normal pH of human urine is between 4.0 and 9.0. Anything falling outside of this range is an indication that the sample may have been manipulated.

Testing for PCC/Oxidants can find traces of bleach or peroxide in samples, and since normal urine should not contain any traces of oxidants, finding these traces typically points to an adulterated sample.

Creatine is a natural byproduct of the body’s muscle tissues, and should be present in a normal system. When someone attempts to pass a drug test by flushing out the system with water, the extreme dilution of the urine will lower the boy’s natural levels of creatine, which may indicate that the sample was the result of a water flushing or “detox” approach.

Common Adulterants Before A Drug Test is Taken

It’s a little hard to fathom that there is a market for artificial urine, but for those who are absolutely certain that they won’t pass a drug test, synthetic urine is one of many approaches that testers take in order to pass

Yes – using someone else’s urine. Drug-free urine is purchased and kept warm enough to seem like it is fresh. It then gets snuck into the testing room and put into the testing cup in place of the person’s own urine.

Not being able to observe testing remains a major challenge of drug testing with urine in a cup. There are certainly other options available in drug testing, such as a saliva test, or a hair follicle test, that allow testers to observe sample collections. Though urine testing is the most common form of drug testing, using other people’s urine is one of the most difficult methods of adulteration to detect.

Is there a way around detecting that a sample is someone else’s urine? Perhaps an unusual temperature could be an indication that the sample is off. Perhaps there are prescription medications present that upon verification, the employee is unable to present a written prescription from a doctor.

In the instance of using other people’s urine as an adulterant, temperature may be the only way to determine in the sample is genuine.

Attempting to flush out the system of drugs with water pills or “detox drinks” is a common practice. Doing a full body detox has many positive benefits, since the effect of drugs in the system certainly affects the body’s functionality. But when these detox pills are taken in an attempt to temporarily pass a drug test, the issue of continued drug use remains a risk for those employees who attempt to pass by flushing the system with water pills, or other substances intended to purify the body of substances.

This is why such water pills are considered adulterants, and are among the substances detected in urine cup tests that also detect adulterants. These pills leave traces of chemicals in the system that are not commonly found in urine, such as peroxidase, peroxide, nitrite, glutaraldehyde, and pyridinium chlorochromate.

They work by watering down the urine to the point where traces of drugs in the system would be diluted below the detectable levels that drug tests require in order to create a positive result. The problem with these methods of dilution is that they also decrease naturally occurring levels of creatine, sometimes add other substances like PCC or glutaraldehyde, and affect the pH of the urine to the point where it is easy to detect that they have been used.

Similarly to those adulterants added to the system prior to collecting a urine sample for drug testing, adding and mixing in the same chemicals to a urine sample right after collection is another means of altering the results of a drug test.

However, oxidizing samples is no longer an effective means of passing a drug test if the testing administrator also tests for adulterants. Since these chemicals do not naturally exist at the levels present in the adulterated sample, detecting these chemicals is an easy giveaway that the urine is not an authentic sample for testing.

Some household substances also possess the ability to mask the presence of illicit drugs in urine, but as easily detected as adulterants in the system. For example, iodine has been shown to destroy many abused drugs in the system, particularly marijuana traces. Bleach, peroxide, and other oxidizing agents are also added in an attempt to destroy the presence of substances in urine. Adding eye drops such as Visine to a sample is another common tactic used to mask the presence of illicit drugs.

With the addition of such adulterants, the Ph of the urine tends to register at a different Ph level than normal human urine. Adulterant detectors can easily find traces of household products, since substances like iodine, peroxide, bleach, and Visine are not a normal part of the human diet, detecting these substances make the proof of alteration very clear.

What to do if adulterants are present?

Testing positive for adulterants in the urine is an indication that there may have been tampering with the sample of the test. Tampering with samples is just like cheating on any other test, and should be taken seriously. Following procedures, such as giving your employee the opportunity to come clean or provide information that might explain the presence of these adulterants will provide further clarity with regards to navigating the next steps.

When adulterants are detected, a second test is usually not required, since the presence of adulterants is a clear indication that drugs were likely in the system. If the employee is not able to produce a written prescription or other means of justifying their test results, then placing the employee on probation till they can pass a drug test may be the only option.

With advances in instant drug testing that now allow for detecting these adulterants, testing administrators can be even more certain that their results are accurate.

As part of the company’s substance abuse problem, notifying employee upfront that testing for urine adulterants is a part of the drug testing procedure may prevent the instances of positive results for adulterants when testing.