What is Fentanyl and How to Test for it? 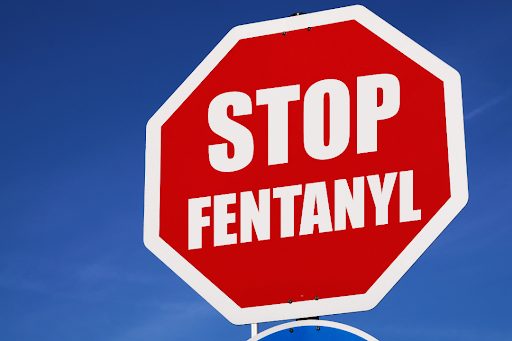 Fentanyl is a synthetic opioid pharmaceutical analgesic medication. Developed as a pain management drug for cancer patients, Fentanyl is 50-100 times stronger than morphine [1, 2]. Fentanyl has become a global crisis, with dramatic increases in overdose deaths involving Fentanyl. The need for accurate drug testing to prevent overdoses and the use of Fentanyl is vital. Fentanyl can be manufactured illicitly and is often mixed into other drugs such as heroin, methamphetamine, and cocaine or is sold as fake versions of prescription drugs, which makes its presence particularly dangerous due to the lack of control over the substance.

Available for on-site testing there are single and multiple panel drug tests that feature Fentanyl substance testing. Depending on the dose, Fentanyl is present in urine between 24-72 hours after the last use, it can be detected in hair tests for up to 3 months and in blood tests between 5 and 48 hours after the last use. Standard opioid drug tests do not readily identify synthetic opioids, meaning that Fentanyl will not be detected unless the test is designed to detect synthetic opioids or Fentanyl in particular.

Fentanyl is often mixed into cocaine, heroin, and methamphetamine either with or sometimes without the user’s knowledge. Accurate testing for Fentanyl is a pivot step in controlling the substance and ensuring public safety for organizations and their employees, treatment facilities, medical facilities, and households around the world. Fentanyl is also commonly sold as counterfeit prescription drugs, further increasing the pervasiveness of the illicit substance.

Fentanyl when prescribed by a doctor usually comes in the form of a shot, a patch, or a lozenge. Whereas illegally made Fentanyl is usually in pill, powder, or liquid drop forms.

Fentanyl is cheaper than other substances on the market due to its potency. Fentanyl is extremely potent even in small doses which makes it highly addictive and dangerous. Fentanyl binds to receptors in the brain that are responsible for pain signals and emotions. Repetitive use of opioids creates a reliance on the substance and forms a basis for opioid addiction. Fentanyl addiction also poses severe withdrawal symptoms.

The rise in Fentanyl use, availability, and overdoses demands accurate synthetic opioid drug testing products. Comprehensive drug screening requires testing kits that test for and can detect both natural and synthetic opioids. Fentanyl testing panels in on-site instant results testing can detect Fentanyl use in the last 72 hours in urine tests. Keep your organization safe by testing for Fentanyl use.