What if My Drug Test Results Came Back Positive? 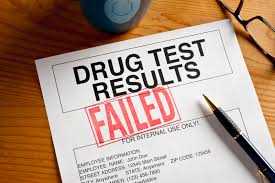 Imagine you are applying for a new job, and you get a call from an HR representative advising you that you tested positive for drugs. Even though you know that you have never used recreational drugs in your life, a job that you were perfect for could slip away all because you had a false positive on a drug test. While this doesn’t happen often, it does happen. Knowing what can cause a false positive, and what you can do about it can save your reputation, and help you get the job you want.

Up to 15% of drug tests will register a false positive, or a false negative. The impact of a false positive can have devastating results, it can lead to a termination from a job, missing out on an employment opportunity, or in the worst case even being arrested and incarcerated. With the millions of people subject to drug testing, 15% can have a significant impact on the lives of a huge part of our population.

What can be done to prevent a false positive

Before you take a drug test, you should research what medications or foods could result in a false positive. While we will provide you with a few of the things to look for, it’s always a good idea to research on your own as well. 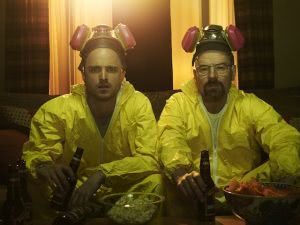 Have you had the sniffles lately or a sinus infection? Using cold medication to relieve symptoms from sinus congestion or a cold can help you feel better quickly. However, it may also cause a false positive on your drug test. The main ingredient found in common OTC cold and sinus medication is Pseudoephedrine, a synthetic amphetamine, and a common ingredient in methamphetamine.

Depending on the drug, it may return false positive for amphetamine use. If you are scheduled for a drug test with a few days of taking a cold medicine, make sure to disclose what you have taken on any documentation you are required to fill out.

Sometimes the things you take to make you healthy can end up causing a false positive on a drug screen. Vitamin B supplements, specifically Riboflavin (B2) and herbs that contain B vitamins can be the culprit if you have a false positive drug test.

While most Riboflavin is commercially made with plant or lactose carbohydrates that have been fermented, some could still be made from hempseed oil, which will contain traces of tetrahydrocannabinol (THC). THC is the active ingredient in marijuana and can result in a false positive depending on the test.

Also, some antibiotics like amoxicillin and ampicillin, as well as most pain medications, even over the counter like ibuprofen, can contribute to a failed drug test. If you take or have taken any medication before your drug test, you should write down what you have taken and in what dose.  If you still have the bottle, it’s a good idea to bring it with you to the testing facility.

How to Respond to a False Positive Test

It can be emotional to hear that you have lost a job, or an opportunity due to a failed drug test, especially when you know that you don’t use drugs. However, it’s important to focus on what you need to do to remedy the situation.

If you have disclosed any and all medications you have taking to the testing facility, you should contact your employer’s human resource department to make sure that any prescriptions or over the counter drugs you were taking were clearly indicated on the documents provided to your company by the laboratory.

If the false positive occurred during the hiring process, you would want to reach out to the recruiter you were working with to discuss the situation with them. They may want to contact the lab to see if there may have been a mistake on the first test.

Your Options Following a False Positive

Most companies will allow you to test again; it is advisable that you refrain from taking medications, or vitamins that may have contributed to the false positive on the first test. If you are on a drug, and you cannot stop taking the medication, it’s best to bring the medicine to the test and explain to the tester that you are concerned that it may cause the false positive.

If the second test comes back positive, you will then want to schedule a meeting with the person who manages the testing policies in your company. You will want to come prepared to discuss any medications you have been taking, and why you believe the positive test is false. If it is a job you have applied for, reach out to the company and see if you can meet with someone in their organization that handles the companies hiring.

While having a second failed test can be disappointing it doesn’t mean you have to accept what the result is. It is important that you act in a professional manner, and arrive at all meetings prepared. If after you meet with your human resources department, they do not accept your reasons for the false positive result, at that point you will need to determine if you want to pursue a legal course of action.

Losing your job, or not getting a job you were offered due to a false positive on a drug test can result in emotional, and financial distress. When your attempt to resolve the situation with your employer, or prospective employer has failed, it may be time to find an attorney.

While many laboratories cannot be held liable based on local and state laws, an attorney that is experienced in dealing with drug test errors can help you know what rights you have and what can be done to resolve the conflict between you and your current or prospective company.

It is also a good idea to get tested on your own, having knowledge of what is causing the false positive result can prepare you should you encounter this situation in another company. There are many reasons that a drug test can return a false positive result, being aware of the potential causes and what to do if you should find yourself dealing with a similar situation will hopefully help you come to a satisfactory resolution.