by DrugTestsInBulk.com | May 3, 2017 | Drug/Alcohol Addiction, Drugs in Society | 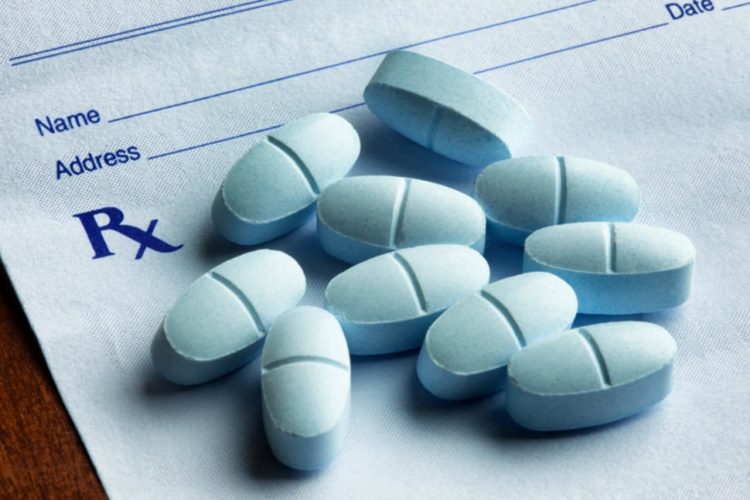 Prescription drug abuse continues to inch its way out of the closet of people’s private lives with each reportable death and disorder, especially since the end of the 20th century.

Its notoriety now even exceeds the death rate from heroin and cocaine overdoses since the turn of the millennium.

So, what is the instigator for such a troubling trend? Prescription drugs—namely, opioids, depressants, and stimulants. Climbing emergency room visits pertaining to these drug overdoses, a rise in treatments for their abuse, and, unfortunately, the increasing number of deaths related to prescription drugs serves as a testament to the evolving threat of this legalized route to drug addiction.

Of these three troublemakers, the opioids emerge most hideously from beneath an otherwise concealing rug of our nation’s living rooms.

Since 1999, deaths from prescription opioid abuse have quadrupled, according to the Substance Abuse and Mental Health Services Administration. Commonly prescribed by doctors to treat pain, opioids alone have outdistanced cocaine and heroine in overdose deaths since 2002.

In defense of doctors and the medical establishment, however, the most traveled routes to prescription drug abuse stem from an individual’s compulsion to exceed the prescribed dosage, an individual’s access to someone else’s prescription, and sometimes exaggerated claims of pain.

The aforementioned links to abuse fall under the classification of nonmedical use of prescription drugs, a misuse that seduces nearly 6,000 persons each day, according to a 2014 study completed by the National Survey on Drug Use and Health.

The survey blamed ease of access as the main culprit in nonmedical use of opioids and other prescription drugs.

As consternating as these available statistics may seem, they may not be representing the entire magnitude of the problem. After all, because prescription abuse occurs behind the four walls of our homes, its detection is not as easily achieved as those misusing drugs on our streets.

How the Brain Gets Drunk on Opioids

Of all the types of abused prescription drugs, the opioid variety may be the most subversive. To understand its subterfuge, you must examine how it sabotages our brain’s chemistry.

First, let’s stop thinking of opioids as a foreign invader in our nervous system because they naturally occur in our bodies. Our bodies send opioids to our brains to meliorate pain or injury. But, our bodies never produce enough to mitigate chronic pain, nor do they produce enough to cause an overdose, according to the National Alliance of Advocates for Buprenorphine Treatment (NAABT).

External opioids basically fool the brain into welcoming them, effectively creating onramps to the brain’s freeway. This neurotransmission over-stimulates the brain’s opioid receptors. An abuser’s brain ends up excessively stockpiling the dopamine produced by opioids. Dopamines influence what the brain tells our bodies to do. In this case, it regulates emotions, movements, cognition, and motivation. It is most proficient in achieving the feeling of euphoria when it floods the brain.

The NAABT uses the analogy of a reward to the brain when dopamine proliferates. You might compare it to a sugar rush, a craving for more sweets. Excess dopamine puts the brain in a Pavlovian mode, remembering such stimulation or reward as something worth repeating over and over—the essence of addiction.

The Most Vulnerable to Get Hooked on Opiates

Perhaps the most disconcerting aspect of opioid abuse lies in its most likely victims: women, the old, and the young. Because the number of prescriptions for opioids has nearly tripled over the last 25 years, these groups are finding a flooded market for abuse.

Particularly, abuse of opioid prescriptions among women in the U.S. has reached an all-time high. The Centers for Disease Control and Prevention (CDC) estimated in one report that 18 women die each day due to an overdose of prescription painkillers. The CDC also noted that during just the first decade of the millennium, deaths from opioid abuse among women increased fivefold.

As for the elderly, a report presented to the American Academy of Addiction Psychiatry (AAAP) indicated that about a fifth of persons 65 and older take painkillers several times a week. Moreover, the addiction rate for that age group stands at 18 percent.

Particularly noticeable in this age group is the means of obtaining opioids. Research indicates the elderly get their hands on prescription painkillers mostly through a well-meaning friend or relative.

In this essence, the abuse of prescription opioids among persons over 60 is especially furtive.

Similarly, abuse of prescription opioids by young people is greatly facilitated through access from friends or relatives. The National Institute on Drug Abuse points to a 2010 study which revealed that more than half of a group of 12th graders indicated they were given the drugs or bought them from a friend or relative.

The ease of access is no wonder when you look at studies that point to a stockpile of prescription painkillers great enough to medicate every U.S. resident during every hour of every day in any given month.

The National Institute on Drug Abuse (NIDA) espouses a multi-pronged approach to reducing the rate of nonmedical use of prescription drugs in general. Each step requires the collective diligence of patients, pharmacists, and physicians.

1. Doctors need to intensify their screening methods when seeing patients on prescription drugs, which can be done through evidence-based methodologies. For example, a crescendo in patient refill requests from patients can indicate a dependency problem. Requests for refills or supplemental amounts of a drug between the regularly scheduled refills can also raise a red flag. They can also utilize state-run electronic databases to monitor how much is being prescribed to whom among their current patients.

3. Pharmacists can reinforce the need for a patient to abide by the instructions for each prescription. They can utilize networks with other pharmacists and physicians to report falsifications or otherwise fraudulent prescriptions. Such a network and database can also share observations of any foreboding patterns in a patient’s prescription.

Finally, NIDA notes that research and development must continue within the field of medicine to find non-addicting treatments for chronic pain. Because baby boomers are now becoming seniors and military service personnel are increasingly being treated for psychological as well as physical injuries, the need for medicines that pose less risk of addiction is paramount.