Saliva Testing for Marijuana – An Important Difference From Other Drugs

HOWEVER, WHEN TESTING SPECIFICALLY FOR MARIJUANA USE, IT IS IMPORTANT FOR MANAGERS OF DRUG TESTING PROGRAMS TO CLEARLY UNDERSTAND THAT THERE IS A NOTABLE DIFFERENCE IN DRUG TESTING ASPECTS AND RESULTS BETWEEN ORAL FLUID/SALIVA INSTANT TESTING AND URINE INSTANT TESTING. DRUGTESTSINBULK.COM EXPLAINS THE KEY DIFFERENCES IN THIS DISCUSSION.

Although a Fentanyl and Opioid epidemic is now considered the greatest drug threat in the United States, it is the high level of related deaths from abuse that confer that status. However, the US Drug Enforcement Agency has stated in its most recent National Drug Threat Assessment Summary that Marijuana is the most widely available and commonly used illicit drug in the United States. Because it doesn’t cause a high mortality rate, it tends to get second billing as a threat, but the high level of use is a concern in certain situations.

At the Federal level, Marijuana’s use is still illegal, and the drug is designated a Schedule I drug under the Controlled Substance Abuse Act because it is considered prone to abuse and physical dependence. A survey by the Substance Abuse and Mental Health Services Administration also indicated it was the most commonly used illicit drug, showing several years ago that it was used by 80.5%% of illicit drug users, often in polydrug use (multiple drugs used at once).

Numerous studies show that Marijuana users are generally less safe drivers, less alert workers or students, and less reliable in the workplace compared to non-users. Although abusers of alcohol and other drugs are considered equally impaired, the monitoring of Marijuana use is still prevalent because it is more frequently used with the alcohol and other drugs, thus intensifying any resulting negative complications.

The facts supporting testing are:

SPECIAL CONSIDERATIONS IN TESTING FOR MARIJUANA ABUSE IN SALIVA VS URINE 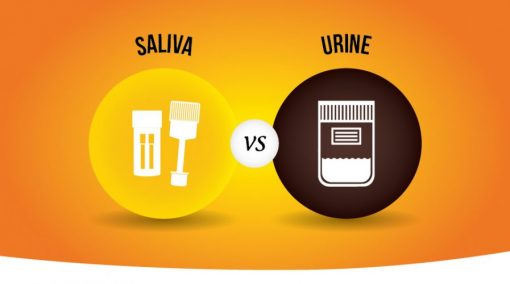 We have known for many years that Marijuana is somewhat of a breed of drug of its own in that is it is fat soluble rather than water soluble like other drugs. In urine testing, the drug must metabolize through the gastrointestinal tract and liver to be excreted and tested in the urine. As a result, an immediate urine test for Marijuana at a testing location may not reflect usage if the test is completed before the metabolism process takes place, which can take up to 4 hours after use. In addition, because Marijuana is fat soluble candidate metabolism and lean muscle mass versus fat retention, along with other factors, can somewhat impact the level of abuse detection in some cases in urine.

The benefit of using a Saliva/Oral Fluid drug test is that it will provide immediate results versus the delayed results, which can be confirmed further, if needed, by a follow-up urine lab test from a specimen provided immediately following a shown presumptive positive.

The important item to note is that the Substance Abuse and Mental Health Services Administration (SAMHSA) has indicated in the past few years’ recommendations for workplace testing using oral fluids for all drugs, that ongoing studies have shown that Oral Fluid tests generally are positive for Parent Drug as soon as the drug is absorbed into the body, rather than for metabolite which is tested in urine. This is because injected or smoked drugs are absorbed primarily intact without metabolite formation, and they rapidly diffuse into Oral Fluid by excretion from the salivary glands. Thus, SAMHSA has cautioned that, when testing for drugs of abuse in Oral Fluids overall, the tester must focus on Parent Drug concentrations in the Saliva, and test cut-off levels are noticeably different for the Parent Drug than for metabolite testing since Saliva is a different medium.

However, Marijuana is further different than other drugs when testing with Oral Fluids in instant test devices. Because it is fat soluble, the parent drug concentrations do not diffuse readily into the oral fluid by excretion in the salivary glands.

In Oral Fluid testing for Marijuana, where the metabolite or parent drug concentrations do not cross into the oral fluid, the device is solely testing for Marijuana residue that is still trapped within the mouth within hours of use. In other words, 11 NOR-D9 COOH tested on a saliva device is NOT the Parent compound for Marijuana. The Parent compound is actual Delta 9 THC, which gets metabolized much more easily into urine. In order for the Parent Drug to be able to be detected in saliva, Delta 9 THC would have to be present in the client’s system at very high levels (i.e.10,000 ng/mL or higher).

Since the Oral Fluid test device is capturing recent usage, results would reflect immediate usage for approximately 3 hours to a maximum of 1 day, dependent on several usage related factors. In contrast, since a Urine drug test will not reflect usage until several hours after usage in order to metabolize but may reflect usage from 5 to 30 days prior, test results from the two types of tests may not reflect identical test results. One result may be negative while the other may be positive due to the timing differences in test fluids and formats.

As a result, someone who used Marijuana the night before may be surprised that they did not show a positive on the Oral Fluid test and even say so. However, for liability related issues, this immediate detection vs. the lag related to absorption into urine is preferable. For instance, an employer should not want an employee who smoked Marijuana just before walking into work operating their vehicles or equipment while impaired. With a urine test, they will not know any level of impairment for hours after immediate usage, possibly beyond the clinically estimated 4 hours of immediate impairment generally related to Marijuana recent ingestion. If instead, you are more concerned with other aspects of chronic or recreational usage away from worksite, school, or treatment venue, you may wish to use a strong random testing program and vary the type of test between Oral Fluid and Urine Drug tests. Random testing has been shown to be a strong deterrent to abuse and provides extensive protection to the tester.

Always make sure the donor does not place anything in the mouth for at least 10 minutes prior to the test. This includes food, drink, gum, and tobacco or vaping products.

IMPORTANT NOTE: Because the Oral Fluid Test is capturing residue for Marijuana in the mouth, it is important to swab all mouth areas in the mouth to capture that residue during the 7-minute saliva collection in the swab, since the residue may rest more undisturbed in certain areas. This includes capturing saliva under the tongue. Clinical studies have shown that testing from sublingual fluids and saliva secreted from assorted areas of the mouth can capture varying results.

Although a main benefit of Oral Fluid Testing is the immediate result it provides, there are many other benefits:

If you have further questions regarding the use of Oral Fluid instant test devices,
Please feel free to call our Regulatory Specialist at (469)-881-1041