Does the Rise in Marijuana Related Arrests Justify the Cost of Incarceration? 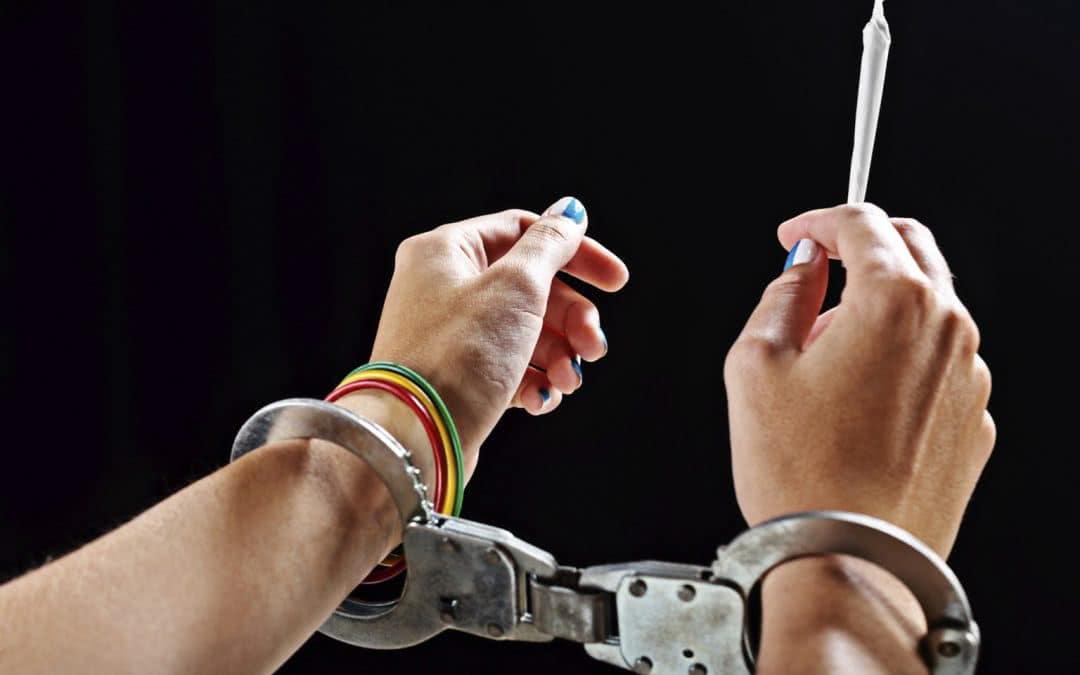 As more and more states begin to move towards legalization of marijuana, how do we address the multitude of offenders going to jail for marijuana possession?

Data from 2014 shows that someone was arrested for marijuana possession every 51 seconds. As the stigma of marijuana use lessens, we still find many people dealing with the legal challenges of possession. As the Obama administration tries to move to a focus on educating people on the public health aspects of drug use and commits to shifting away from a law enforcement solution, the number of people arrested for having a small amount of marijuana has been slowly increasing.

The Amount Taxpayers Spend on Incarceration for Marijuana Offenses 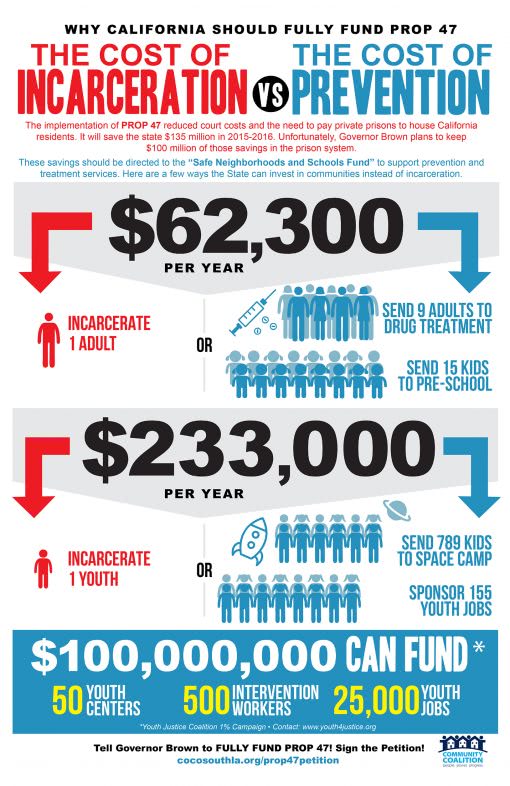 Half of all of the drug related arrest in the US are for possession, or the growing and sale of marijuana, this means that approximately half of the people incarcerated for drug-related offense are there due to a marijuana-related offense. In the fiscal year 2014, it was estimated that the cost to house one prisoner in a minimum security facility was over $53,000 annually.  With the average sentence for a marijuana-related offense being 36.5 months, this results in an estimated charge of $159,000 per inmate.  Currently, there are approximately 40,000 prisoners in either state or federal facilities around the US; this means that with an average stay being three years, the cost to taxpayers averages out to be around $6.3 million dollars a year. The majority of inmates were arrested for distribution, which carries a much longer sentence than just possession. As marijuana use continues to grow in popularity, and with no strong conclusive evidence that using the drug will result in an escalation to more dangerous drugs, it is important to take a cost-benefit analysis as it pertains to marijuana arrests.

Most Common Offenses that Result in Incarceration

While the law regarding possession of less than an ounce of marijuana has resulted in a break for some users, arrests for distribution, growing and possessing higher amounts of the drug continue to grow. As the money that is invested by law enforcement agencies to hunt down marijuana offenders continues to increase, many are starting to question the validity of incarcerating people for even more severe marijuana offenses.

Growing continues to be one of the primary offenses that result in a person, or persons, being jailed on a marijuana charge. Locating growers have an added benefit for law enforcement agents. Property seizures. Property seized from growing operations is often sold at auction and provides a path for law enforcement agencies struggling with significant budget cuts to bring in additional revenue. Some advocate that if you were to control growing and production in all states, and turn marijuana into an industry, it would reduce the number of people currently residing in prison. And turn what is now a taxpayer burden into a legitimate money making business. As opinions regarding the use of this drug continue to soften and become more accepted, and with Alaska, Oregon, Colorado, and Washington already legalizing recreational use, this option is becoming more and more popular.

Variances Based on Race

In a study done by the American Civil Liberties Union the annual cost to exceeds three billion dollars annually.  The time spent by law enforcement completing the arrest and booking process for an offense that typically ends with a night or two in a county jail is seen by many as unnecessary. Possession arrests aren’t getting dangerous drug dealers off the streets, less than 10 percent of the people arrested for possession of marijuana had prior arrests, and less than four percent of those had committed a violent offense. Another concern is when it comes to possessions arrest, minorities are on average four times more likely than Caucasians to be arrested for possession.  Although several studies show that Caucasians use marijuana as frequently as other races. 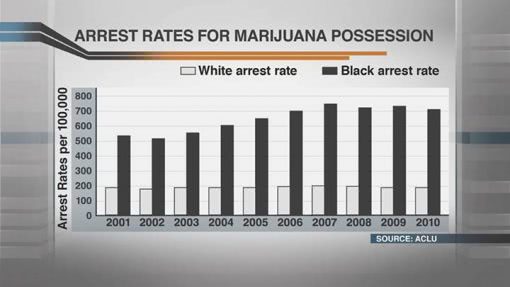 The Costs of an Arrest for Possession

While the majority of arrests for marijuana possession fall in the misdemeanor category, resulting in probation, fines, or in some cases dismissal, the cost to the person is still high. Even if the result of the arrest ends in a dismissal of charges, there is still a public record of the arrest. These records can begin what can be a tough road for someone arrested for possession. Multiple arrests for possession can result in someone appearing to have a pattern of criminal behavior, which can affect the person’s ability to find and keep sustainable employment, which disruption to their family and children, or keep them from continuing or beginning a path towards higher education. There are also legal consequences, including higher fines, or even incarceration should the person be arrested for possession again, even if the original charge or charges were dismissed.

Could Legalization in the States End Possession Arrests Nationwide

With more states legalizing medical and recreational marijuana use, it creates a challenge for those states that are still arresting and at times incarcerating people arrested for possession-related offenses. As Canada moves to full legalization in 2017, and more and more states consider laws in the US, it brings into question the 700,000 plus arrest still taking place in our cities and states annually. When you are taking into consideration the high cost that states, law enforcement agencies and even those in possession of marijuana pay, it is at least something that we should look at as a country. With someone being arrested every minute for a marijuana-related offense, are we creating a situation where a misdemeanor crime is turning someone into a felon because of the consequences that come with an arrest record? With a majority of our law enforcement agencies already strapped for cash, and more and more states moving toward some legalization. And our neighboring countries looking at making it legal on a national level should stop arrests for possessions be something we at least consider. Many cities and states already see these arrests as a burden on the law enforcement agencies, and some have even started to speak out in favor or legalizing marijuana, or at the very least no longer pursuing arrests for possessions. The argument can still be made that in states that have not legalized marijuana it should remain a crime, and for those arrested with a large amount of the drug, or who are selling and distributing marijuana, that case is still valid. But there is still a strong argument that changing policies around the arresting of users with amounts under a set number of grams is beneficial to local and state governments, law enforcement agencies and the person in possession.

As the opinion around these types of arrests starts to turn, with even some law enforcement agencies seeing the benefit in reducing the number of people being seized for small amounts of marijuana, it is at least something to consider. Reducing the number of arrests is in no way an endorsement of drug use of any kind, and should not impact any corporate or educational institutions policies as they pertain to drug use, and drug testing. It is just as state laws and national opinions change; we should take an honest look at the impact these arrests have on the lives of those involved.