3 Of The Most Dangerous Club Drugs 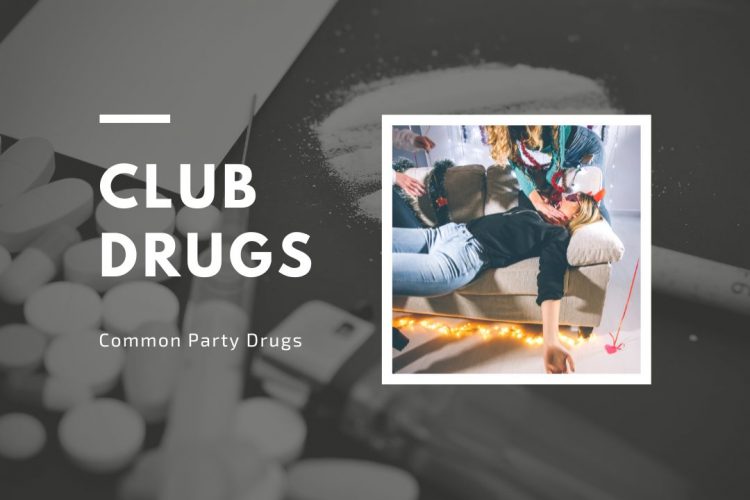 Club drugs are psychoactive drugs that teens and young adults frequently use during gatherings, bars, nightclubs, and concerts. They alter mood and consciousness, making people feel less hesitant and more gregarious. Individuals attending parties may be given drugs by friends or strangers in the crowd. While all illegal narcotics can be deadly, club drugs have the potential to be exceptionally dangerous since kids may overdose or take the drug without knowing what the effect is.

Young people enjoy having a good time. They will sometimes go to extremes, introducing drugs that they believe will help them have a better time. However, these particular pharmaceuticals, known as party drugs, have negative consequences that can change someone’s life. Party drugs affect the brain and central nervous system, they can cause cognitive alterations, which affect someone’s emotions, judgment, and consciousness.

Parents and young people must be aware of the dangers of these drugs and take the necessary actions to prevent the use abuse of these drugs. Depressants, stimulants, opioids, and hallucinogens are examples of psychoactive substances that impact the mind and behavior. They fall into three categories.

MDMA (3, 4-methylenedioxymethamphetamine), also known as ecstasy, is a psychoactive substance that functions as a stimulant and hallucinogen. It is also known as XTC, X, E, Adam, Eve, clarity, hug, beans, love drug, lovers’ speed, peace, uppers, or molly by its users.

MDMA is typically consumed orally as capsules or pills, but it can also be crushed and snorted. It is infrequently smoked but is rarely injected. Ecstasy is often used in combination with other substances such as alcohol and marijuana.

Side Effects Of Ecstasy:

Ecstasy is harmful to one’s overall health and, in rare cases, fatal. It Increases heart rate and blood pressure. Its side effects are:

Ecstasy, in excessive quantities, can impair the body’s ability to regulate temperature, leading to a sudden increase in body temperature (hyperthermia), which can lead to liver, renal, and cardiovascular system shock or damage, which can be fatal.

According to the National Institute on Drug Abuse, methamphetamine was first utilized as a nasal decongestant and bronchial inhaler in the early twentieth century. Its stimulant characteristics caused increased activity, decreased appetite, and an overall sensation of joy. However, due to its potency, it had a longer-lasting and more damaging effect on the central nervous system than anticipated.

Side Effects Of Methamphetamine:

Methamphetamine’s toll on the body has made it one of the most hazardous narcotics in the world. According to the National Institute on Drug Abuse, more than 1.6 million Americans use methamphetamine every year.

G, Easy Lay, Liquid Ecstasy, Liquid X, Grievous Bodily Harm, Georgia Home Boy, Goop, and Scoop are some of the slang terms for GHB. GHB is a drug that affects the central nervous system. It’s intended use is the treatment of narcolepsy (daytime sleepiness).

GHB is often taken orally, as a liquid or powder. GHB dissolved in a liquid, such as water, juice, or alcohol means that GHB can be brought into clubs or other gatherings easily and it also means that drinks can be spiked with GHB. GHB is abused because of its intoxicating properties. It is most known for being inserted in an unsuspecting victim’s alcoholic drink to inhibit resistance to sexual assault, leaving the victim ignorant of what has occurred.

Bodybuilders have utilized GHB to aid in fat loss and muscle gain because it has anabolic properties. When GHB is abused, it produces euphoria, loss of inhibition, suggestibility, and physical sedation. It may also result in forgetfulness. Because of these characteristics, GHB has the potential to be used as a “date rape” drug.

Side Effects Of GHB:

The effects of GHB, according to the Drug Enforcement Agency (DEA), make users “susceptible to sexual assault and other criminal activities.” When mixed with alcohol, GHB’s depressive effects are amplified. It can lead to respiratory issues. The higher dose of GHB can cause

Preventing abuse of dangerous club drugs requires a commitment to testing for common party drugs along with a recognition of the spaces they are regularly consumed. Party drugs can be highly addictive, the substances can be contaminated, and the dosages could be wrong, all of which leads to potentially life-threatening events.